Hillary Clinton Gets Own Ice Cream Sandwich in Philadelphia for DNC

Revolution Taco throws their name onto the ballot for Philadelphia’s best DNC-themed food during the upcoming convention with an ice cream sandwich partnership with Weckerly’s Ice Cream.

Coalition building is the hallmark of any good political convention. With the Democratic National Convention taking over Philadelphia this month, two unlikely names will collaborate for the greater good of the delegates during the hottest time of the year. Cool down? Like a little heat? This choice offers a politically correct alternative for everyone! 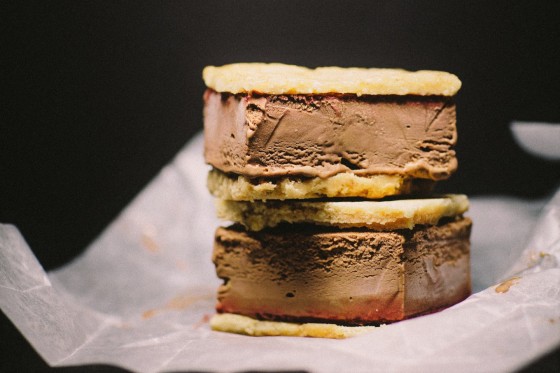 As a nod to the DNC, and the Democratic nominee, Revolution Taco (2015 Walnut St) and Weckerly’s Ice Cream will partner on the Donkey Kick, the ultimate ice cream sandwich with a spicy kick inspired by Hillary Clinton’s love of chocolate, brownies and heat!

This will mark the first time Revolution Taco has collaborated with another local business – but it certainly won’t be the last! Watch for other collaborations coming later this election, er fall, season. #DNCDeals

A blog about Philadelphia's fun and unique adventures, arts, events, food and opportunities.
View all posts by Philly Loves Fun »